skip to main | skip to sidebar

First, let me say out loud that I'm NOT in a mood...it's just my resting bitch face. It can't be helped. I want to complain about my day job but I'm not really allowed to post specifics...insert black-out text here.

Have you ever woken up in a really good mood; the sun is just starting to rise, there is an excellent mug of caffeine in hand and things just feel promising? You enter the office and someone's lack of organizational skills and foresight is in direct conflict with your own. And their lack of skills has their work summarily dumped into your lap. After you've cleared the proverbial dust from old files, you are thinking Hell No! But somehow that work is now YOURS. And it's now priority because it is material that should have been handled years ago. Hmm!

Perhaps, just perhaps, this situation has left me feeling a bit perturbed...pissed off...pitching a fit inside my head...so here's my Serenity Prayer on this Thursday night... 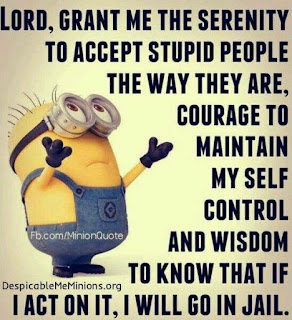 All artwork, photos, and text © Copyright 2008-2020 Liliana Almendarez unless indicated otherwise. All Rights Reserved. Any downloading, copying or use of images on this website is strictly prohibited without express written consent by Liliana Almendarez.
Posted by lilylazuli at 10:00 PM 0 comments

Portrait of a Lady on Fire 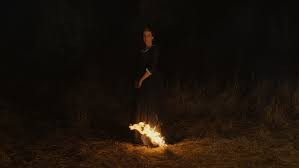 I went to see this French film by Céline Sciamma - Portrait of a Lady on Fire. It was a moody film that moved in slow panning shots.  It was quite beautiful. It won best screenplay at Cannes. The story peeled back layer after layer until it got to the beating heart underneath. It was a tortured romantic story so, of course, I loved it. The final scene had me in tears. No need to explain...it was heart-wrenching and it was exactly what I needed on a cold December day.  Voila!


All artwork, photos, and text © Copyright 2008-2019 Liliana Almendarez unless indicated otherwise. All Rights Reserved. Any downloading, copying or use of images on this website is strictly prohibited without express written consent by Liliana Almendarez.
Posted by lilylazuli at 10:26 AM 0 comments

On Sunday, I went to see Theresa Rebeck's play, Seared at MCC Theater. The story is centered around Harry, a chef and his business partner Mike trying to take their restaurant to the next level otherwise they will lose the business. Raul Esparza playing Harry is sensational as the temperamental chef. His whole body at times vibrates with power as he and David Mason (Mike) spar in the kitchen about everything. The underlying crux is creative passion versus profit. Mr. Mason (Mike) held his own against Harry.

W. Trey Davis (Rodney) and Krysta Rodriguez (Emily) are wonderful counterpoint characters to Mike and Harry.  Mr. Davis steals a couple of scenes with his subtle but striking performance. He's got some really great one-liners. Ms. Rodriguez, as the consultant, manipulates and wrangles the characters to do her bidding. She plays a fine line between conductor and observer.  As an ensemble they worked really well together and played off each other beautifully.

As far as the story goes, I wanted more.  Mike is worried about money and being able to turn a profit. I wish his character had a little more to him other than the bottom line. He was at the end of his tether...yes, he could lose everything AND then what? Harry's character was a bit more developed, he cared about the creativity of his kitchen but he was also a hypocrite which is why his character is more interesting. That duality makes for a more rounded character.  Emily as the counterpoint character plays pretty well...she helps raise the stakes. But everything she does is pretty expected.  I was waiting for the unexpected, some  slight twist that I could sink my teeth into (pun intended).

I am a big fan of Ms. Rebeck, I think her level of work is pretty amazing. I go to the theater not just as an audience member but as a writer.  There are moments that I enjoy more because of her clever writing. I appreciate her craft and I know I have a lot to learn for my own work.  I just appreciate the work that she is putting out in the world.

All artwork, photos, and text © Copyright 2008-2019 Liliana Almendarez unless indicated otherwise. All Rights Reserved. Any downloading, copying or use of images on this website is strictly prohibited without express written consent by Liliana Almendarez.
Posted by lilylazuli at 9:00 AM 0 comments

lilylazuli
Brooklyn, NY, United States
I write and I paint. Then I try to articulate some coherent thoughts about the creative process on this blog. In between those moments of producing work, I take photos, listen to groovy music, watch indie movies, read (alot), go hear live music (preferably someone that rocks), go to the theater to see a new play from time to time, watch sci-fi movies, and continue to cultivate my curiosity. Then I write about that too.