skip to main | skip to sidebar

A Bend in the Landscape 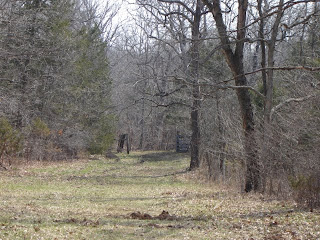 All artwork, photos, and text © Copyright 2008-2010 Liliana Almendarez unless indicated otherwise. All Rights Reserved. Any downloading, copying or use of images on this website is strictly prohibited without express written consent by Liliana Almendarez.
Posted by lilylazuli at 6:00 AM 0 comments 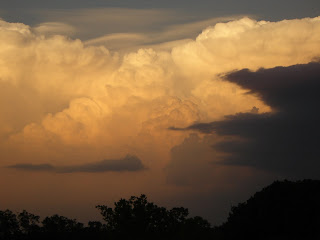 A breeze comes in
the earth damp
from last night’s rain
meet the blank page
in a procrastinating way.
Asian ladybugs skitter
against the window pane.
Sky full of puffy clouds
while tea brews
a love story falls
between the cracks
of the wooden floor.
Fishing line and wormy
baits are needed to lure
the words out.
Pretend tenderness.
There is strain, hem
and haw, spirals and
circles to loosen up
misdirection and chili,
watch birds,
wring words from
hungry hands paint
a stark land bright
like the scent of pine
trees on a cat’s fur coat.
All artwork, photos, and text © Copyright 2008-2010 Liliana Almendarez unless indicated otherwise. All Rights Reserved. Any downloading, copying or use of images on this website is strictly prohibited without express written consent by Liliana Almendarez.
Posted by lilylazuli at 6:00 AM 0 comments 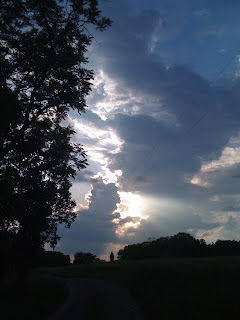 It's June 22nd and I hit the ground running when I got back to NYC on June 2nd.  I've been going to play readings and poetry readings, doing some of my own readings and promoting my new book.  I've also reconnected with my writing group and have been diligently working on new written pieces (both poetry and playwriting).  As well as reconnecting with family and friends.  Needless to say it's been a very busy time!!
I was also accepted into NYFA's Entrepreneur's Boot Camp workshop which meets every Saturday from 10am to 4pm.  We have been asked to work on a business plan for our creative life.  This is not an easy task, especially since my creative work extends to theater and visual arts.  However, I thought for now I would narrow my focus and work on the creative writing, poetry portion.
One of the NYFA members wrote up his own business plan.  Seeing P write out his own version inspired me to get cracking.  I've been writing out goals for awhile but I find myself getting antsy and have always managed to find something else to do instead.  I sat down and wrote this working draft.  I kept in mind that this is just a draft, it's a living document that I can continue to build upon.  In fact, it's just one aspect of my creative life.  I'll do the same for playwriting and visual arts.   Anyway, this is my first rough draft.
********************************************************************************
Briefly describe your goal for your business as an artist.
Work creatively every day. Create a schedule so that it happens.
Cultivate an audience for my writing.  As a poet, I can reach out to the poetry community and their many venues to book some readings.  There may be opportunities to promote and sell the book I just self-published.  Visit independent bookstores and book some readings to promote my book.  This falls under short-term goals.
Work on building my website.  Create an online CV and Visual Arts portfolio of completed projects as well as works in progress. Plus link up books, blog, fiscal sponsorship onto site.  This falls under short-term goals.
Cultivate donors for these multiple projects.  I would like to raise money for these projects.  I’m receiving fiscal sponsorship through Fractured Atlas so I would like to cultivate more donations.  This falls under long-term goals.
Proposed timeline
This is a 6-month deadline.  By the end of the year, I should have a working website, booked some readings and created new work.
********************************************************************************
It's a start.   I'll have more time to continue to refine these goals as I process all the information NYFA is throwing our way. I'm excited about pinning some of them down.  I've been consciously working on them for the past year but I think now they finally seem to be gelling.  Perhaps it needed a year of incubation in order to get to this place to start figuring out what next with the creative work.  Serendipity is a lovely thing.

All artwork, photos, and text © Copyright 2008-2010 Liliana Almendarez unless indicated otherwise. All Rights Reserved. Any downloading, copying or use of images on this website is strictly prohibited without express written consent by Liliana Almendarez.

Posted by lilylazuli at 1:51 PM 0 comments

An anonymous reader left that question from the previous blog entry and I thought it was high time I wrote a full on entry.  Well, let's see, I'm back in NYC after a flight cancellation, then a new plane ticket out KC and thunderstorms both out of Kansas City and into New York City.  Talk about making an entrance.  The plane circled around NYC for about an hour and a half and I was grateful for the window seat as I watched storm clouds moving through.

So my new motto is supposed to be "aiming for mediocrity".  Good lord that is not an easy one for me.  I can feel my teeth clench at that notion.  However, soon after I wrote those words I was trying to work on a scene...yes I'm writing another play.  I was sitting there writing it out in long hand since my computer was on the fritz and I kept starting and stopping on the second page.  I could not move beyond page 2 because I was already judging the writing before I even wrote it out.  I thought "this piece is crap, I'm never going to get anywhere with this piece, I should never write a play again".  So I called for back up.  Tony reminded me that it doesn't have to be anything, it just needs to come out.  I took a deep breath and plowed through.  Four hours later I wrote up 10 pages (front and back) of some little story that has been floating in my head for about two years.  I didn't even know so much time had passed.

Right!  So I gave myself a little break, made some dinner and I thought I was going to leave the piece there until the next day.  But as I cooked up some spaghetti, my brain was still mulling over the next scene.  The words were coming and there was no use trying to put it on the back burner.  I scarfed down a small bowl of pasta and went back to work.  Another 2.5 hours later I wrote up another 8 pages and finished the story arc of this very rough draft.  I told myself I was not allowed to judge it, that all I needed to do was transcribe it onto Word document.  I attempted to start transcribing that night but I knew I was too tired to even try.

The next morning, I made myself a quick breakfast and went straight back to work.  I had already re-worked the first scene somewhere in the time between falling asleep and being in front of the computer. So I typed up what I had...it came out to 26 pages in play format.  I was stoked!  And then I read it and I began to dismay over the quality.  I gave myself a hard shake before my mind went too far down that self-doubting road and reminded myself that nothing is written in stone and that I can always revise this piece.

Fast forward to Fri, June 4th, my writing group took a look at my very rough draft and their feedback was so right on point that I have a better idea of what to tackle first.  Having the bones of the story is key because the rest of it is about fleshing out the scenes and some of the characters.  My group was gentle with the draft and it was safe to talk about the piece in the context of where it was, instead of focusing on the final product.  I told someone a couple of weeks ago that I have always wanted to be a writer.  I knew this fact in second grade...yes, second grade....I wrote up a little story and read it in front of the class.  I can still see my teacher's face as she cracked up over my story.  It was supposed to be funny.


All artwork, photos, and text © Copyright 2008-2010 Liliana Almendarez unless indicated otherwise. All Rights Reserved. Any downloading, copying or use of images on this website is strictly prohibited without express written consent by Liliana Almendarez.
Posted by lilylazuli at 11:14 AM 0 comments

lilylazuli
Brooklyn, NY, United States
I write and I paint. Then I try to articulate some coherent thoughts about the creative process on this blog. In between those moments of producing work, I take photos, listen to groovy music, watch indie movies, read (alot), go hear live music (preferably someone that rocks), go to the theater to see a new play from time to time, watch sci-fi movies, and continue to cultivate my curiosity. Then I write about that too.